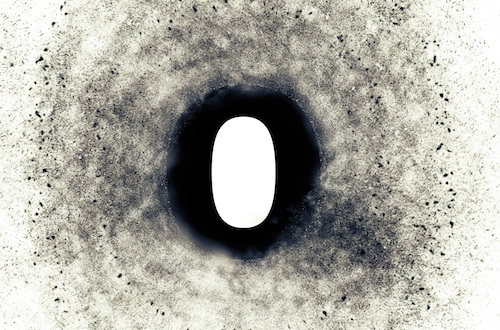 We are living in an era that unveils the incredible human capacity to both build and destroy, and we are stuck at a junction where we must make some radical decisions about our future and the future of this planet.  One of these fundamental issues is the precarious situation that we have left our environment in, and our dire need to innovate our way out of this conundrum and into a Carbon Neutral economy before it’s too late.

First let’s try to make sense of what it means to be Zero Carbon.

A low-carbon economy is an economy based on low carbon power sources that have a minimal output of greenhouse gas emissions into the biosphere.  But this is a confusing term because the definition of what “low” means is not clear. And we are pressed to find a way to Zero Carbon, not low carbon unless what we mean by “low” is a 90% reduction.

To keep temperatures from rising more than 2 degrees Celsius, as governments have agreed in COP 21, will require transforming how the world uses energy and must mean zero industrial carbon emissions. Any less than that will not get us on the way to carbon neutrality (zero-carbon), which we must achieve to prevent planetary catastrophe from climate and ocean acidification.

But what is Zero-Carbon?

Simply put, it means that all industrial sources of CO2 have to be converted to run on zero carbon emitting energies.

Is this even possible?

To achieve actual (scientific) zero carbon, scientists agree we must develop the capacity for ‘negative carbon’ emissions, meaning we have to extract some CO2 directly out of the atmosphere and secure it. The best proposals put forward by our climate scientists is to achieve virtual zero carbon (90% reduction) by 2050 and actual zero (Net Zero Carbon) towards the end of this century.

The Climate Action Network, a worldwide network of over 1100 Non-Governmental Organizations in more than 120 countries, calls for phasing out all fossil fuel emissions and phasing in a 100% renewable energy future with sustainable energy access as early as possible, but not later than 2050.

It also calls for an end to de-forestation by 2020. Deforestation is the second leading contributor of carbon emissions worldwide after the burning of fossil fuels. When forests are cut down, not only does carbon absorption cease, but also the carbon stored in the trees is released into the atmosphere as CO2 if the wood is burned or even if it’s left to rot after the deforestation process.

What are we doing about this?

Several countries have been planning and implementing initiatives, with mixed results, to begin the shift in the direction of a Zero Carbon Economy.

For example, Sweden is on track to becoming a nation powered by sustainable, renewable energy sources alone by 2050. It may seem like an impossible task, but the Scandinavian country already gets two-thirds of its electricity from non-fossil fuel energy sources, predominately hydroelectric and nuclear.  Sweden will be focusing on increasing its solar and wind energy potential, as well as making its transport industry more sustainable.

Another example is the Zero-Carbon Masdar City initiative of Abu Dhabi, which began about a decade ago.  The project was touted as a model for a carbon neutral mixed-use urban landscape: a global hub for the cleantech industry, with 50,000 residents and 40,000 commuters.

However, only a fraction of the city has been built – less than 5% of the original six square km land space. As of this year, when Masdar was originally scheduled for completion, officials have altered the original goal of building the world’s first planned zero-carbon city. Instead of implementing the zero carbon initiative on an area in isolation, they are now looking at Masdar City within the context of the other renewable energy holdings of the parent company.

To meet the scientific zero carbon requirements, we need to increase our efforts and implement more and better initiatives. Revolutionary changes in national economies through radical policy changes are imperative to make a real shift in this direction.

By Applying large resources for research into converting all our carbon sources to zero carbon services and technologies, we could redevelop for a true zero carbon world; This a possibility for the future that we must work towards. #zerocarbonworld