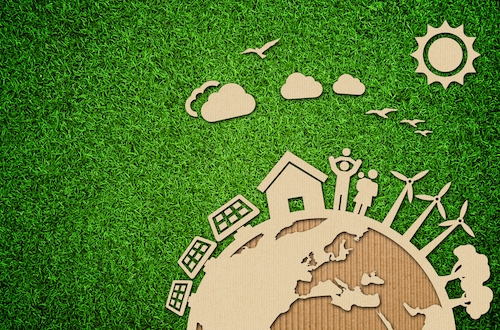 While the renewable energy sector comprises a range of technologies, including wind, biofuels and hydro based solutions, in the Middle East there’s no doubt that solar is king. As we move into the second quarter of 2016, the region is expecting to add an additional 4 gigawatts of solar based projects to the already impressive construction cue. With such aggressive investment, it’s no surprise that the Middle East is garnering a lot of global attention.

According to a recent report by the Middle East Solar Industry Association, when combined with the existing 2.8 gigawatts of allocated solar projects, the total size of MENA’s solar developments is projected to reach 6.8 Gigawatts by the end of the year.

This strong push towards solar in 2016 is well timed as 2015 brought a dramatic reduction in the cost of solar technology. The price of complete PV modules for example fell by ~75 per cent since 2009. Arguably more important than the individual modules, is the total cost to install utility scale PV systems which dropped by 29 per cent to 65 per cent, depending on the install location.

All this has led to an explosion of interest in solar based solutions as more businesses and governments look to diversify their energy infrastructure.

Solar Across the Region

While each country is focusing on their own unique projects, Algeria is posed to unveil one of the largest tenders in the region with an expected 2 gigawatts to be allocated this year. This, combined with the country’s impressive 270 megawatts of operational capacity and 80 megawatts currently under construction makes Algeria an important player in the region’s solar ambitions.

Morocco has a smaller operational capacity of 160 MW, but currently has 350 MWs under construction and 245 MWs being offered to prospective developers this year.

In 2016, Egypt is shaping up to be something of a wildcard in the MENA solar power race. Currently it only has 70 MW of operational capacity, but with a massive 1.8 gigawatts nearing construction phase and upwards of 39 project developers working towards it, it’s clear that Egypt has high hopes for a solar powered future.

Qatar announced in early 2016 that they will be joining list of countries targeting 1 GW of solar power over the next couple of years, through a joint venture between Qatar Electricity and Water Company and Qatar Petroleum.

Finally in the United Arab Emirates (UAE) the country is looking to expand on their current 128 MW of operational capacity with work underway on phase II of the landmark Mohammed bin Rashid Al Maktoum Solar Park. Another 800 MW is available for tender for phase III of the solar power park with a winner expected to be announced soon. Abu Dhabi is also expected to be launching a tender for 350 MW in solar power capacity.

With the 2015 United Nations Climate Change Conference taking place in December, the entire renewable energy sector was on the edge of their seats to see if the world would recognise, and sign, the Paris Agreement.

On December 12, 2015, leaders from 195 countries committed to cutting carbon emissions and limiting the rise in global temperatures to less than 2 degrees. This agreement is a big step forward to more responsible energy production around the world but with the Middle East’s aggressive efforts expect the region to be a global force.

Want to stay up to date on the latest renewable energy news? Be sure to subscribe to the powergreen newsletter and if you not already, follow us on social media on Facebook, Twitter and LinkedIn.