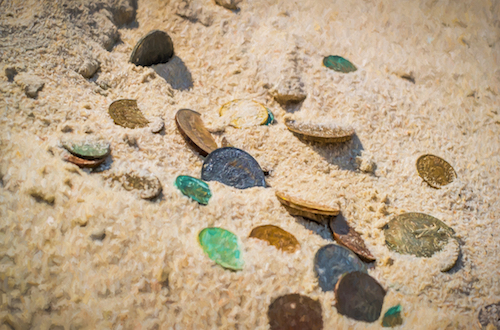 Global warming is not as complicated as most of us have come to understand. It’s actually a simple science problem. Simple, but not easy to solve.

During the last two hundred years we have been burning much of the world’s fossil fuel resources for energy to power our industrial revolution, our technological “advancement” and to continue to use the machines and electronics we love so much. But this exorbitant amount of carbon dioxide into the atmosphere has begun to show its dark side. 2015 was the hottest year on record, topping 2014 which was the hottest record before that. 2016 has already shown us the hottest recorded temperatures for February and March and on its way to be the new hottest year ever recorded in our history.

At 2C of warming, we run a high risk of seeing large parts of the world’s surface become less habitable. We have already been seeing and expect to see more extreme weather patterns – putting food supplies in danger of devastating shortages. The rise in sea levels due to Arctic melting could see Marine food chains collapse, coastal cities sunk, and as a result more mass migrations and displacement for all species on earth. If we think we have an immigration problem now, the migrations because of ecological disasters will be an even bigger calamity.

At the Paris climate talks, last December, the leaders, key players and constituents agreed upon the optimistic limit of 1.5C of global warming. This seems like a victory on the path to achieve a sustainable future for the human race but most environment experts “in the know” understand that the window to achieve this goal is almost closed.  We continue to delay the necessary steps to make this initiative a reality and now we are twenty years behind schedule.

The reality as seen by the majority of actual climate scientists (in contrast to the few climate deniers in the scientific community) is that even a 2C rise of global warming, regarded as a more realistic goal, is highly ambitious under the criteria of this agreement.

It has been estimated that to have at least a 50% chance of keeping warming below 2C throughout the 21st century, large portions of the reserve base and an even greater proportion of the resource base should NOT be produced.  In other words, to deliver a 50% probability of keeping the rise below 2C of warming this century, the world would have to leave two-thirds of its fossil fuel reserves unexploited. That’s half its gas reserves and 80% of its coal reserves.

Another important and unanswered question is why governments keep making and calling for efforts to curtail consumer output “at the tail pipe” but have hardly done enough, nationally, to curtail the production side “at the wellhead”.

George Marshall, founder of the Climate Outreach Information Network and author of Don’t Even Think About It: Why our Brains Are Wired to Ignore Climate Change, discovered that there has not been a single proposal, debate or even position paper on limiting fossil fuel production put forward during international climate negotiations. It occurs to him that it would be a much easier task to regulate and control a few thousand corporations than to change the behavior of 7bn people.

With new legislation, companies could buy permits to extract fossil fuels in a global auction. If a global cap on the amount of fossil fuel that could be burnt came into force then low carbon technologies, such as wind, solar and nuclear, would be much better investments. The energy corporations would then have no choice but to start getting out of the digging and into the development and dissemination of clean technologies.

If it wasn’t enough that governments have not taken the steps necessary of making it a legal obligation for companies to limit production, almost all are pursuing the same policy:  maximizing the production of fossil fuels.

If the climate talks in Paris in December are to have any meaning or purpose, governments should agree to stop seeking to maximize supply. Promises without this action is clearly a self-defeating policy.