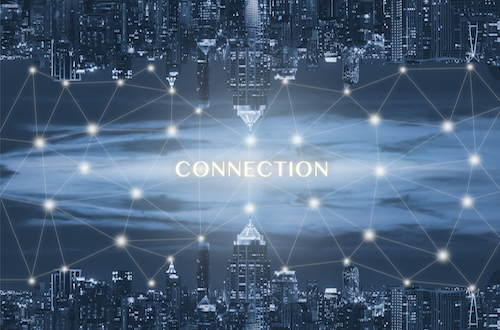 In the early days of the internet, around 1994, nobody could have accurately predicted the extent in which the world would be transformed by this technology. In a little over two decades – education, media, politics, gaming, and trade among other sectors were completely transformed. Calling the internet, a “game changer”, is understating the effects that this decentralized information superhighway had on the world.

Blockchain today is the internet’s 1994, with the same potential impact on the way we interact with each other.

The simplest way to understand Blockchain is to see it as the evolution of the ledger, a record-keeping tool that’s been central to commerce since time immemorial. Ledgers track the movement of goods and assets, but data is usually restricted and held by intermediaries for security reasons, and of course, for monetization. But in the age of the cloud, it’s possible for a network of banks or companies in a supply chain to maintain what’s called a distributed ledger; a platform that gives authorization for certain participants to tap into, without needing to go through an intermediary.

The database of information, or the Blockchain, automatically records individual actions within a system, formats them and stores the results in a secure online listing (ledger) available to anyone anywhere with access. This makes the system almost impossible to hack as the hacker would literally have to access all the individual users on the peer-to-peer network, which is physically impossible. Call it the (secure) World Wide Ledger. If we have an Internet for everything, then this is its ledger for everything.

The Blockchain can hold any legal document, from deeds to marriage licenses to educational degrees and birth certificates. It enables smart contracts and transactions in a trusted, verifiable way. It solves the internet’s most pressing problem – the lack of trust and the endless possibilities for fraud. It eliminates the need for intermediaries.

With the advent of Blockchain technology, we won’t need to trust each other in the traditional sense, because trust is built into the system itself. That means that your personal information is private and secure, while all activity is transparent and incorruptible— reconciled by mass collaboration and stored in code on a digital ledger.

Blockchain’s notoriety is known through its most famous application, the now popular alternate currency: Bitcoin. The first and most obvious application of this technology was a digital currency, which cannot be copied when transferred. However, there is higher potential of use in many other industries, especially for the Energy industry and specifically in the Renewables sector.

Utilities in the Energy industry are shifting away from a century-old arrangement, where both supply and distribution were monopolized. Today, independent wind and solar-farms are feeding into power grids. This is a new system that requires transactions to be more decentralized, and to participate in this new world of distributed energy we need a new paradigm to cope with increased volumes of renewable power. Utility companies need to track the use of new products from rooftop solar panels to electric-car charging. There’s clearly a change in the Energy distribution business model on the way and Blockchain is leading it.

The future two-way electric system is made up of billions of endpoints interacting with each other in the form of microgrids, solar systems, smart appliances, and energy management software. So how do we create a secure system that can verify instantaneous, autonomous transactions across these nodes as market conditions change? The answer is in Blockchain technology.

The Blockchain, which is decentralized, secure and self-executing, allows you to develop sophisticated data networks for community management of energy networks. For example, in a micro-grid setting, you have five homes with solar panels that generate electricity. On the other side of the street, five homes buy power when the opposite homes don’t need it. In the middle (virtually) is a Blockchain network, managing and recording transactions withlittle human interaction. Although this idea is currently in its testing phase in small communities, it’s not difficult to see it representing the future of community-managed energy systems. Electricity consumers will save money from direct contact with their neighboring producers and the role of energy distributors will eventually change.

“Prosumer”, a buzzword that means being both a producer and consumer at the same time, is the hallmark of the new emerging sharing economy. In this new Blockchain driven Energy concept, prosumers control their own local energy by choosing whether to buy energy from their neighbors or other renewable or traditional energy sources. Communities can keep energy resources local, reducing dissipation and increasing micro and macro grid efficiency.

All transactions are maintained in the distributed ledger (Blockchain) making it more efficient and more environmentally- friendly than the traditional top-down distribution system.

Blockchain technology has already made headway in finance. It has turned into a craze on Wall Street and in other financial centers, with top firms scrambling to get in on the action. Energy is next on its horizon.